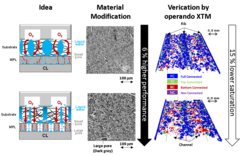 Polymer electrolyte fuel cells (PEFC) are a key technology for the decarbonization of automotive mobility. In collaboration with Toyota, it is shown by dynamic, operando X-ray tomographic microscopy, how the liquid water saturation in modified gas diffusion layer materials is reduced.

The imaging data supports the understanding of the underlying mechanisms and explains improved cell performance. Novel instrumentation at the TOMCAT beamline  further improves imaging time resolution and allows for scan times as short as 0.1 s. 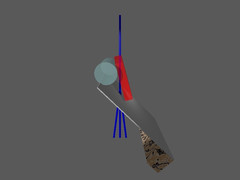 A third dimension for the nanoscale

Researchers of the Laboratory for Catalysis and Sustainable Chemistry (LSK) from PSI have designed uneven probe supports, which reveal the hidden site of nanocrystals.

Their simple approach allows transmission electron microscopes (TEMs) complete access to the atomic structure of nanomaterials without the need for cumbersome experimental effort. 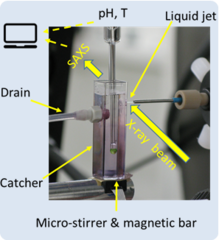 Investigation on early stage of solid formation from solution, before nucleation, have been carried out at PSI by small angle scattering technique using X-ray light from the Swiss Light Source SLS. The system under analysis was calcium carbonate, a model system archetype of several sparsely soluble inorganic materials and relevant in many field such as CO2 capturing and biomineralization. The experimental setup, the method, and developed theoretical framework can be applied to many other systems and made available for the entire scientific community.

Kinetics and Mechanism of Metal Nanoparticle Growth via Optical Extinction Spectroscopy and Computational Modeling: The Curious Case of Colloidal Gold

An overarching computational framework unifying several optical theories to describe the temporal volution of gold nanoparticles (GNPs) during a seeded growth process is presented. To achieve this, we sed the inexpensive and widely available optical extinction spectroscopy, to obtain quantitative kinetic data. In situ spectra collected over a wide set of experimental conditions were regressed using the hysical model, calculating light extinction by ensembles of GNPs during the growth process. This model rovides temporal information on the size, shape, and concentration of the particles, and any electromagnetic interactions between them. Consequently, we were able to describe the mechanism of GNP growth and divide the process into distinct genesis periods. We provide explanations for several longstanding mysteries, e.g., the phenomena responsible for the purple-greyish hue during the early stages of GNP growth, the complex interactions between nucleation, growth and aggregation events, and a clear distinction between agglomeration and electromagnetic interactions. The presented theoretical formalism has been developed in a generic fashion so that it can readily be adapted to other nanoparticulate formation scenarios such as the genesis of various metal nanoparticles.

Breakthrough - electron crystallography for everyone 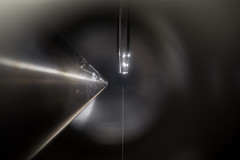