X-ray free electron laser (XFEL) beams are a key enabling technology for ultrafast science and quantum research due to their extreme brilliance and their high degree of spatial and temporal coherence. State-of-the art instrumentation such as X-ray optics is very often essential to fully realize the new scientific methods made possible at XFELs.

Researchers at the Linac Coherent Light Source (SLAC National Accelerator Laboratory, USA) have developed and experimentally realized a new amplitude-splitting delay line for the generation of hard X-ray pulse pairs with high mutual coherence. In comparison to previous wavefront-splitting approaches, the amplitude-splitting uses two diamond transmission gratings to create two identical copies of the incoming beam. One of these is delayed with respect to the other using a set of channel-cut silicon crystals and later recombined by the second diamond grating. The system demonstrated the generation of femtosecond X-ray pulse pairs with significantly higher mutual coherence than in previously realized systems providing both high contrast interference fringes and high stability. The diamond gratings were fabricated at the Laboratory of Micro- and Nanotechnology (LMN) of the Paul Scherrer Institut by electron-beam lithography and reactive ion etching. Diamond is a key material for XFEL instrumentation due to its resilience to extremely intense X-ray beams and in the recent years, the nanostructing of diamond for XFEL applications has been pioneered by the X-ray Optics and Applications Group at LMN. 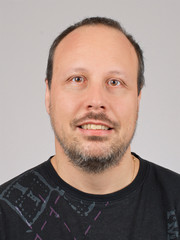