Bear and particles
Surely about 100 years ago, in the times of Nansen and the like, embarking on a polar voyage was extremely exciting. Maps of the high Arctic basically did not exist, the time of return was uncertain as was the answer to the question whether the ship would withstand the forces of the pack ice. The origin and cure of scurvy (vitamins had not yet been discovered) were unlear, hence scurvy was an imminent thread to every expedition. None of these fundamental aspects contribute to today’s excitements. But this certainly does not mean that there is nothing exciting about a present-day research cruise. If you were to interview the expedition members you would notice diverging perspectives on the theme of excitement. The captain would certainly say that finding a path through the thick pack ice on the way out to make it to the port in time causes excitement. The helicopter pilot and ice coring group will mention sitting on a lonely flow miles away from the ship when the fog creeps in. The microbiologists will speak about the behavior of biomass when they expose it to high carbon dioxide levels, and the aerosol scientists can’t help being excited about new particle formation and shifting Hoppel minima ... Where all opinions converge, no matter what the profession, is skiing on the floe and seeing a polar bear. As it happened one sunny evening, the skiing track had been freshly carved (with a palette behind a snowmobile), and all skiers where out, gliding between melt ponds and bear guards, when the radio message “Polar bear approaching from 6 o’clock” made time stop for a short while. With the ship as the reference point, all heads turned to the aft, then all skis were pointed towards the ship, and hiding all excitement everybody worked their way back quickly to the only safe location on the floe, Oden. The gangway was lifted and everybody gathered on the aft deck, equipped with binoculars and cameras. Now the bear could come as close as it liked. And it did come close, maybe 100 meters, curiously observing the crowd on the ship. The ship’s horn did not at all impress it. Instead of walking away, it sat down in the snow, rubbing its back for a while. It seemed very natural, queen or king of its habitat. Being aware of its environment, it set out to inspect all the strange objects that somebody had put on its floe. First, it visited the buoy site. The buoy had the perfect size for it to stand up on its legs and take a close look at the lidar and other sensors on it (things a bit scratched, reparable). The radiation sensors close by, mounted on a little mast, were much more interesting though (pole cracked, whole station to be replaced). Most enjoyable for it and us (less excitement for instrument owners and lots of excitement for photographers) was the game with the flags. They have a built-in spring to come upright again after heavy winds. This mechanism was thoroughly tested and in the end defeated. After about an hour it left the floe and Sven, the helicopter pilot, took off to ensure it would leave the area properly so that work could be resumed the following day. We did not see it again so far.
What else could now awake excitement in the expedition? Well, believe it or not, we got the whole ship talking about particles once the polar bear conversation topic had calmed down. After a couple of days with extremely low concentrations around 10 particles per cubic centimeter (p/cc), stormy weather brought predominantly small particles (< 20 nm) from the region north of Greenland. Concentrations peaked around nearly 4000 p/cc.
People on the ship thought we were crazy. First, the “aerosol folks” were excited about the record low concentration: 1.6 p/cc. Then there was excitement about high concentrations - difficult to understand from an outside perspective. The topic even made it into the morning briefing where the day’s schedule is discussed. As particle concentrations peaked, and the online measurements of aerosol chemistry and microphysics were in full swing, winds started whirling around the ship and calming down, putting the event at risk to be contaminated by ship exhaust. Hence the turning of the ship to locate the stack downwind had to be timed carefully. But turning of the ship also meant that all other activities on the ice were on hold, for safety reason in case another furry visitor would come by.
All morning the hallway conversation centered around particle number concentration and signs of pollution, be it to continue measurements or be it to know when work on the ice could be resumed, until the anemometer finally stopped turning completely, indicating 0 m/s wind velocity, a sure indication of exhaust contaminating the measurements. At 10 am the ship was turned and when moored against the floe, the wind thankfully picked up again. Not enough of favorable conditions for aerosol measurements in the past 48 hours, also fog came down around noon that allowed us to observe the activation of particles as droplets. 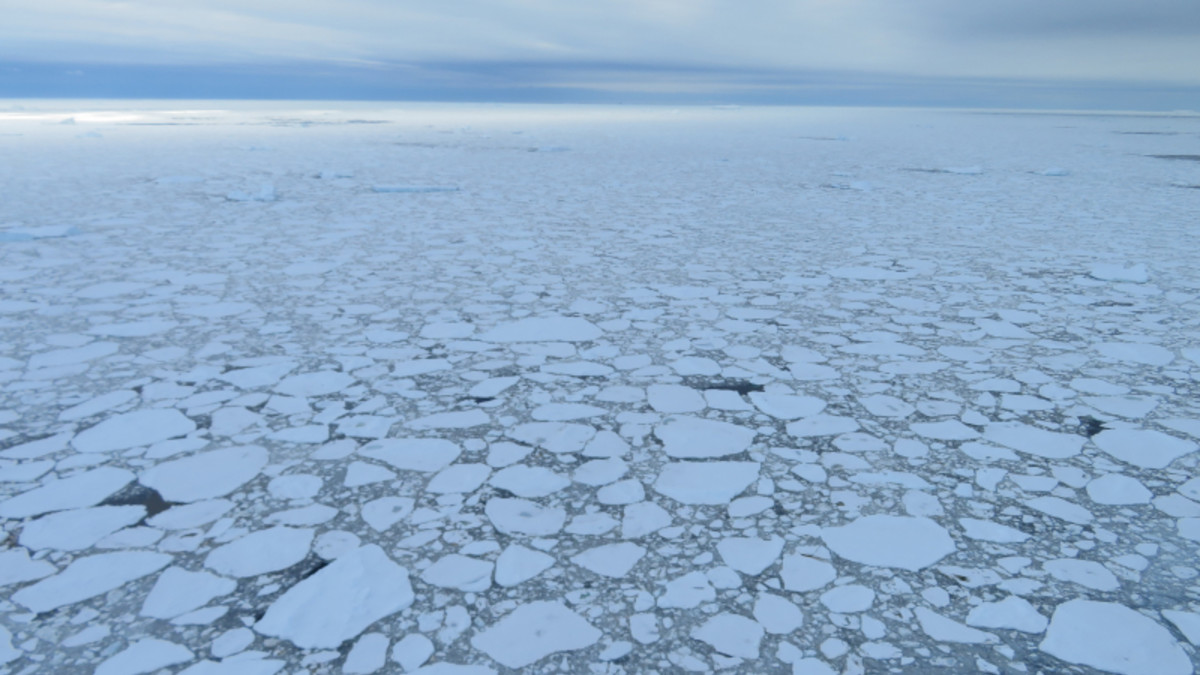