A new twist on a mesmerising story

The Einstein–de Haas effect, first demonstrated more than a century ago, provides an intriguing link between magnetism and rotation in ferromagnetic materials. An international team led by ETH and PSI physicist Steven Johnson now established that the effect has also a central role in ultrafast processes that happen at the sub-picosecond timescale — and thus deliver fresh insight into materials that might form the basis for novel devices. 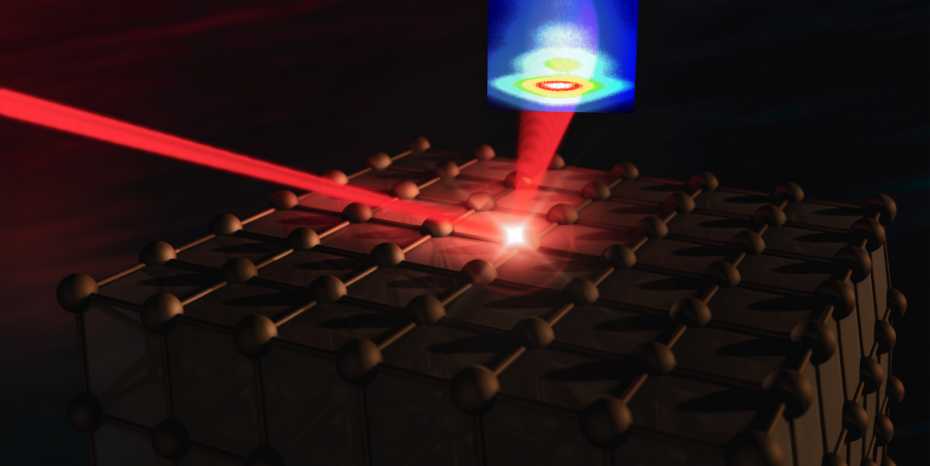 In 1915, Albert Einstein and Wander de Haas reported that changing the magnetization of a suspended iron rod by applying an external magnetic field leads to mechanical rotation of the rod. This intriguing observation still serves as the textbook example of the association between magnetism and angular momentum. New questions concerning that link arose, however, when a phenomenon known as ‘ultrafast demagetization’ was discovered some 20 years ago. There, magnetization is lost on the timescale of picoseconds and below, and the issue of ‘where does the angular momentum go’ became the subject of intense debate. Reporting in Nature, a team of physicists at ETH Zurich, the Paul Scherrer Institute (Switzerland) and the SLAC National Accelerator Laboratory (US) now settle that very question. They demonstrate that in a ferromagnetic iron film, the majority of the angular momentum is transferred to the lattice, slightly twisting the sample as its magnetization rapidly decreases. Showing that an ‘ultrafast Einstein–de Haas effect’ is at play in this scenario rules out other explanations and should provide guidance for explorations of how ultrafast demagnetization can be put to technological use.

Tracking the fate of the angular momentum is more tricky in the case of ultrafast demagnetization, in particular as the timescales involved are extremely short — in the past two decades, it has been shown for several metallic ferromagnets that exposure to intense laser pulses can induce a drop in magnetization within less than 100 femtoseconds. This raises the prospect of fast optically controlled devices, but advance in the field is hindered by an incomplete understanding of the microscopic mechanisms responsible for the phenomenon. The team around Steven Johnson, professor at the Institute for Quantum Electronics of ETH Zurich and group leader at the Paul Scherrer Institute, now shows how the angular momentum that is lost from the spin system as magnetic order decreases is absorbed by the lattice during such a short period of time.

To have access to the short timescales involved, the team made use of the Linac Coherent Light Source (LCLS) at the SLAC National Accelerator Laboratory to perform femtosecond time-resolved X-ray diffraction experiments. Their experiment was designed such that they could sensitively detect the sort of deformations expected when angular momentum is transferred to the lattice. Studying an iron film a few tens of nanometres in thickness, they found that the laser-induced demagnetization triggers a transverse strain wave that propagates from the surface of the sample into its bulk. That strain wave, they explain, has to come from a change in angular momentum of the lattice — leaving only the Einstein–de Haas effect as the cause for the observed behaviour. Fitting the experimental data to a model suggests that 80% of the angular momentum lost from the spins in the demagnetization process is transferred to the lattice. This finding therefore establishes that so-called spin-flip processes, rather than transport of spins from one location to another, underlie ultrafast demagnetization, at least in the sample they studied. 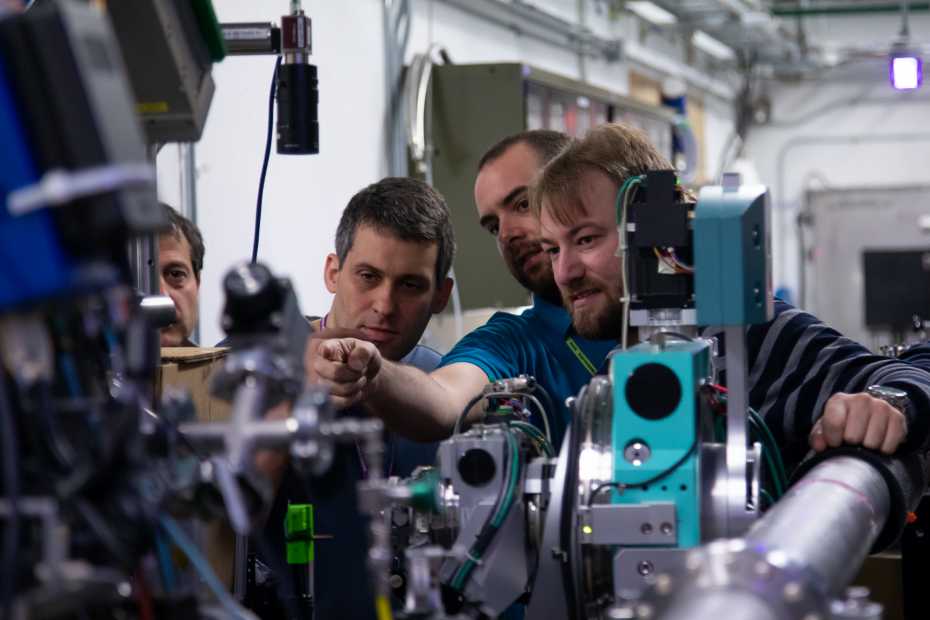 Johnson and colleagues expect, however, that similar behaviour occurs in other materials in which magnetization can be manipulated with femtosecond optical pulses. Such ultrafast optical switching is of considerable interest with a view to device applications, for example for novel magnetic storage devices. The now-discovered new twist on the famed Einstein–de Haas effect, together with the fundamental insight it provides, should offer valuable guidelines in realizing that promise.