in the Photon Science Division

The research focusses on condensed matter and materials science using synchrotron radiation. For this we use the whole range of spectroscopy, imaging and diffraction techniques.

Cherned up to the maximum

In topological materials, electrons can display behaviour that is fundamentally different from that in ‘conventional’ matter, and the magnitude of many such ‘exotic’ phenomena is directly proportional to an entity known as the Chern number. New experiments establish for the first time that the theoretically predicted maximum Chern number can be reached — and controlled — in a real material. 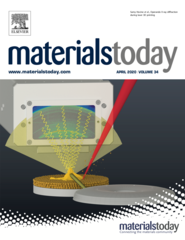