We develop and operate state-of-the-art laser systems for driving the high brightness electron source of the Hard X-ray Swiss Free Electron Laser (SwissFEL), and for pump-probe experiments at the photon-science beamlines. We improve and extend these systems according to the user requirements. 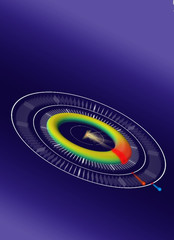 Clocking the movement of electrons inside an atom