Within this synergetic collaboration, PSI scientists have investigated the correlation between magnetic and electronic ordering in NdNiO3 by tuning its properties through proximity to a ferromagnetic manganite layer. The main outcome is that the stray magnetic field from the manganite layer causes a novel ferromagnetic-metallic (FM-M) phase in NNO. This work demonstrates the utilization of heterostructure engineering for creating novel quantum phases. 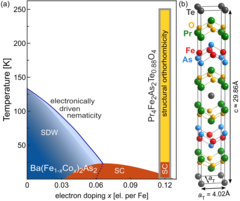 Researchers from University of Zurich describe the experimental observation of a new orthorhombic structural phase in the superconducting iron-pnictide compound Pr4Fe2As2Te0.88O4. In contrast to nematicity found in underdoped iron pnictides this phase transition is not electronically driven.

First Components of ESTIA arrive at ESS in Lund

The European Spallation Source (ESS) is currently under construction in Lund, Sweden and is set to become the most powerful neutron source in Europe and world-wide. The PSI-ESS project is delivering state-of-the-art contributions to five instruments at ESS, which will be home to a suite of 15 novel instruments. Among the five PSI instruments, the reflectometer ESTIA stands out as it is delivered in its entirety by PSI ...

Prof. Dr. Roger Schibli has been elected a Council Member 2020-2022 of the European Society for Molecular Imaging - ESMI

The ESMI is providing an international, interdisciplinary platform for knowledge exchange in the field covering basic sciences, translational aspects as well as clinical applications. 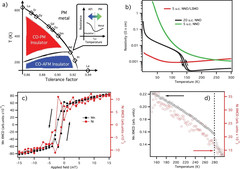 Employing X-ray magnetic circular dichroism (XMCD), angle-resolved photoemission spectroscopy (ARPES), and momentum-resolved density fluctuation (MRDF) theory, the magnetic and electronic properties of ultrathin NdNiO3 (NNO) film in proximity to ferromagnetic (FM) La0.67Sr0.33MnO3 (LSMO) layer are investigated. The experimental data shows the direct magnetic coupling between the nickelate film and the manganite layer which causes an unusual ferromagnetic (FM) phase in NNO. Moreover, it is shown the metal–insulator transition in the NNO layer, identified by an abrupt suppression of ARPES spectral weight near the Fermi level (EF), is absent. This observation suggests that the insulating AFM ground state is quenched in proximity to the FM layer. Combining the experimental data (XMCD and AREPS) with the momentum-resolved density fluctuation calculation (MRDF) reveals a direct link between the MIT and the magnetic orders in NNO systems. This work demonstrates that the proximity layer order can be broadly used to modify physical properties and enrich the phase diagram of RENiO3 (RE = rare-earth element). 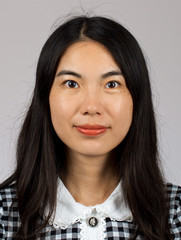 We are happy to welcome Lu Liu in our Laboratory.

Dr. Lu Liu is a Postdoctoral Researcher, who has recently joined the group of Isotope and Target Chemistry. She will work on the “PASCAL” project, under the supervision of Dr. Jörg Neuhausen.