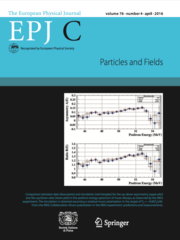 Muon polarization in the MEG experiment: predictions and measurements

The MEG experiment makes use of one of the world’s most intense low energy muon beams, in order to search for the lepton flavour violating process μ+→e+γ . We determined the residual beam polarization at the thin stopping target, by measuring the asymmetry of the angular distribution of Michel decay positrons as a function of energy. The initial muon beam polarization at the production is predicted to be Pμ=−1Pμ=−1 by the Standard Model (SM) with massless neutrinos. 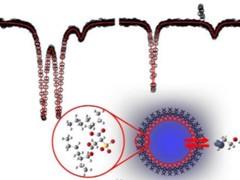 The transfer rate of a probe molecule across the interfacial layer of a water-in-oil (w/o) microemulsion was investigated using a combination of transverse field muon spin rotation (TF-μSR), avoided level crossing muon spin resonance (ALC-μSR), and Monte Carlo simulations. Reverse micro-emulsions consist of nanometer-sized water droplets dispersed in an apolar solvent separated by a surfactant monolayer. 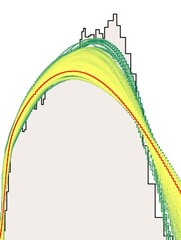 We describe a spin-echo method for ultracold neutrons (UCNs) confined in a precession chamber and exposed to a |B0| = 1μT magnetic field. We have demonstrated that the analysis of UCN spin-echo resonance signals in combination with knowledge of the ambient magnetic field provides an excellent method by which to reconstruct the energy spectrum of a confined ensemble of neutrons.

We report a new limit on a possible short range spin-dependent interaction from the precise measurement of the ratio of Larmor precession frequencies of stored ultracold neutrons and 199Hg atoms confined in the same volume. The measurement was performed in a ∼1μT vertical magnetic holding field with the apparatus searching for a permanent electric dipole moment of the neutron at the Paul Scherrer Institute.

The standard model of particle physics describes the fundamental particles and their interactions via the strong, electromagnetic and weak forces. It provides precise predictions for measurable quantities that can be tested experimentally. The probabilities, or branching fractions, of the strange B meson (BS0) and the B0 meson decaying into two oppositely charged muons (μ+ and μ-) are especially inter- esting because of their sensitivity to theories that extend the standard model. The standard model predicts that the BS0 →μ+μ- and B0 →μ+μ- decays are very rare, with about four of the former occurring for every billion Bs0 mesons produced, and one of the latter occurring for every ten billion B0 mesons.