Research at PSI comprises all aspects of human energy use, with the ultimate goal of promoting development towards a sustainable energy supply system. Technologies are being advanced for the utilization of renewable energy sources, low-loss energy storage, efficient conversion, and low emission energy use. Experimental and model-based assessment of these emissions forms the basis of a comprehensive assessment of economic, environmental and social consequences, for both present and future energy supply systems. 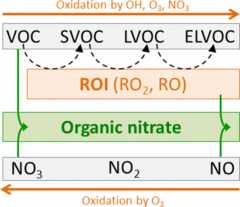 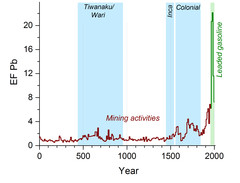 Experiments in the clouds – how soot influences the climate

Clouds consist of cloud droplets that are formed from tiny particles floating in the atmosphere. How these particles develop, however, largely remains a mystery. The formation of particles from amines and sulphuric acid has now been described for the first time à a milestone in atmospheric research. 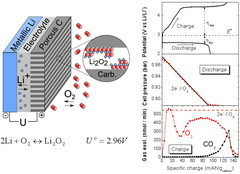 The high-energy rechargeable Li-O2 battery has been subject to intensive research worldwide during the past years. The Li-O2 cell mainly comprises a negative (e.g. Li metal) and positive (e.g. porous carbon) electrode separated by an electronically insulating, but Li+ conducting electrolyte layer. In order to study the cell chemistry, a differential electrochemical mass spectrometry setup based on a set of valves, a pressure sensor and a quadrupole mass spectrometer has been developed. 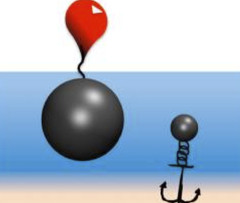 Using in-situ X-ray photoelectron spectroscopy at the vapor-water interface, the affinity of nanometer-sized silica colloids to adsorb at the interface is shown to depend on colloid surface charge density. In aqueous suspensions at pH 10 corrected Debye-Hückel theory for surface complexation calculations predict that smaller silica colloids have increased negative surface charge density that originates from enhanced screening of deprotonated silanol groups by counterions in the condensed ion layer. 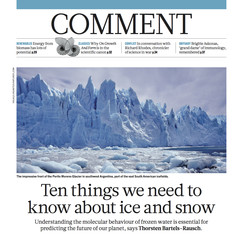 Chemistry: Ten things we need to know about ice and snow

Understanding the molecular behaviour of frozen water is essential for predicting the future of our planet, says Thorsten Bartels-Rausch.