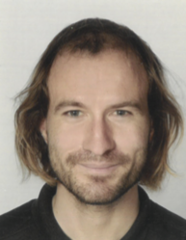 The Swiss National Science Foundation (SNSF) awarded this year an SNSF professorship to Andreas Crivellin (NUM, Laboratory of Particle Physics (LTP), Theory Group) for his research plan on the study of Lepton Flavour Universality Violation (LFUV) in B meson decays. These processes received a lot of attention in the last years due to the intriguing hints for LFUV which, if confirmed, would prove the existence of physics beyond the Standard Model (SM) of particle physics. 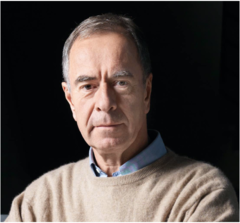 The Charpak-Ritz Prize 2018, jointly awarded by the French Physical Society and the Swiss Physical Society, has been bestowed to Roland Paul Horisberger for his numerous contributions to the development of precision silicon vertex detectors for particle physics experiments as well as for the application of these technologies in X-ray photon sciences. 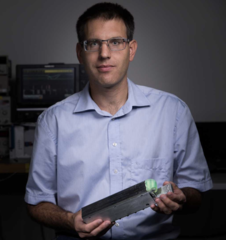 Jean-Baptiste Mosset from the Laboratory of Particle Physics is the winner of a PSI Founder Fellowship and plans now to commercialise a neutron detector to spot plutonium and uranium. With his new technology, less expensive and more efficient neutron detectors could be developed. In the next 18 months, Mosset wants to further develop his prototype and find out if demand for this technology exists in industry. 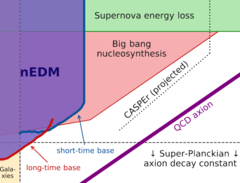 We report on a search for ultralow-mass axionlike dark matter by analyzing the ratio of the spin-precession frequencies of stored ultracold neutrons and 199Hg atoms for an axion-induced oscillating electric dipole moment of the neutron and an axion-wind spin-precession effect. No signal consistent with dark matter is observed for the axion mass range 10-24 ≤ ma ≤ 10-17eV.

In the previous months the new CMS pixel detector was brought into operation. The detector was moved from PSI to CERN and installed in February, followed by an intensive period of commissioning and calibration. This process mostly involved the adjustment of many operational parameters which influence the detector performance, e.g.